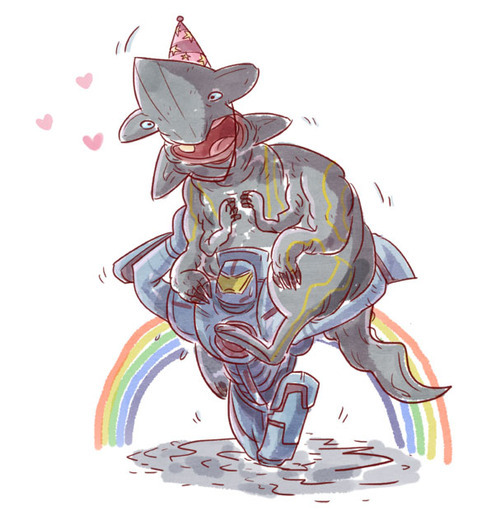 It had fun Robot smashes though I was surprised on how many “tropes” it also contained.

I think those things exist for a reason, it was just a little weird to see HOW MANY of those made it into the movie. Was it on purpose? Should anyone care? I DONT KNOW! But I had to collect the ones I still remembered after all the bam bam and donuts that got eaten while watching it:

A modified version of this shows up in EVERY cop buddy flick where the captain removes the case from our heroes.

Especially common in Shonen Manga where the rival will also be more different (elegant if the hero is messy, technical if the hero survives by guts)

Appears in everything, from the Avengers to the Bourne Films to current things like Olympus has fallen.

Regarding the UH OH close up, see also Independence Day and every Road Runner cartoon.

Anything I forgot? LET ME KNOW!